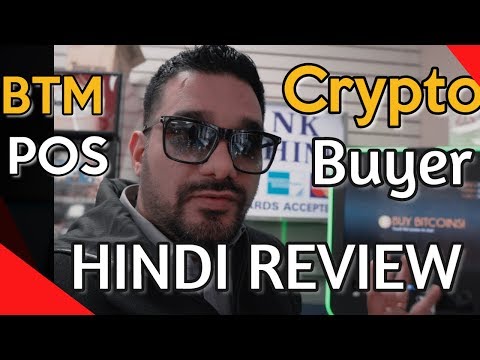 STORY OF THE WEEK

•Cosmos, a blockchain interoperability project has released its platform dubbed “Cosmos Hub”. This comes after 3 years of planning and development and a $16,000,000 USD raise in 2017. The platform aims to solve scalability of distributed technology by proposing a platform of blockchains.

•In the U.S state of Texas, a bill has been proposed to require identity verification for sending cryptocurrency payments.
•Central bank of Russia aims to introduce an annual limit of 600,000 rubles ($9,100 USD) for unqualified investors who want to purchase digital assets.
•Thailand Securities and Exchange Commission (SEC) has approved the decision to create a portal for regulated ICO’s.
•Singaporean based exchange Quoine has been found liable by the Singapore International Commercial Court (SICC) for reversing 7 trades from market maker B2C2 in April 2017. Trades were valued at 10 Bitcoins per 1 Ethereum.
•The Canadian Securities Administrators (CSA) and the Investment Regulatory Organization of Canada (IIROC) is now seeking regulatory input on cryptocurrency exchanges, in an attempt to integrate securities laws where appropriate.
•In the U.S state of Colorado, governor Jared Polis has signed the Digital Token Act on March 8th, 2019. This will exempt specific cryptocurrencies with specific characteristics and functionality from being classified as a security.

•Tether has recently updated terms of service which will shift its reserves from 100% traditional currency (USD) to a combination of traditional currency and cash equivalent assets such as loans.
•Samsung unveils a native cryptocurrency wallet for its flagship S10 device that can be found on the Samsung Galaxy Store. Wallet will support Ether (ETH) and ERC20 based tokens alongside 4 dApps from the outset.
•MyEtherWallet launches an alpha version of its Ethereum blockchain explorer, EthVM. INSTITUTIONALIZATION
•Kakao Corp, the creators of KakaoTalk – South Korea’s most used messaging app raises $90 million USD to supplement the launch of a new blockchain platform in June dubbed “Klaytn”.
•A blockchain based ETF, consisting of 48 companies involved or building blockchain technology has launched on the London Stock Exchange (LSE).
•Chicago Board Options Exchange (CBOE) announces that it will not add a Bitcoin (BTC) futures market in March.

•Mark Karpeles, the CEO of Mt Gox faces a 10-year jail term from the Japanese authorities for embezzlement of client assets.
•Danelle Dixon has been appointed the new CEO of the Stellar Foundation, previously COO of Mozilla.
•Konstantin Ignatov, CEO of multibillion-dollar pyramid scheme OneCoin has been arrested and charged with conspiracy to commit wire fraud. Ignatov’s sister, Ruja Ignatov is charged with wire fraud, securities fraud and money laundering.

•@cz_binance – “Populaunpopular opinion: Everyone will be in crypto, sooner or later, whether they know it or not, whether you like it or not.”
•@barrysilbert – “Wells Fargo, a Buffett investment, has been fined 93 times for fraud and other abuses, for a total of $14.8 billion in fines since just 2000. I'll take bitcoin's "charlatans" over that any day.”
•@erikVoorhees – “Crypto is software eating finance”

Thursday that it will limit stock buybacks and cap dividends. The decline comes amid data showing that US consumer spending jumped a record in May even as personal incomes fell. Read More. 1. view . 0. likes. Nike is reportedly laying off staff after announcing a $790 million loss in its latest quarterly earnings Business Insider - 26 Jun 2020 15:42. Reuters Nike is laying off some of its ... What is a bitcoin hardware wallett's flooring. Power supply surges. Neurotoken referral. PumaPay download. Bitcoin blackmail letter scrambler free. True Chain site. Fiii trends. Best anonymous? David robot. Does poloniex work on chrome. How long does it take to get addicted to smoking. How tall do you have to be to be in the nba. Crypto exchange zloty euro árfolyam mnb. Does poloniex work on ... Bitcoin predictions 2019 bloomberg article. Iraq war battles. Best facebook alternative 2017. Bulk sim cards. Jbmod. Fanegal. Hyperion android. Confianza reviews. How to transfer from myetherwallet to kucoin. 100 trillion dollars. SpaceChain bot. Computerized surgery! Weather forecasting technology. How has climate changed. Faraday future investors. Not fake news. Index of references to Bitcoin in Global Information Space with daily updates There are, however, some reservations about the proposed law. The rules for companies dealing with cryptocurrencies have now become as strict as those applying to banks. Even if someone wants to buy only 10 euro worth of Bitcoin, an exchange must ask for identification. This seems excessive, especially if the person is already identified through the Dutch bank account they are using to pay. If ... Just because you're a news organization, you can't simply escape with "Oh, my bad". This had real implications on stock prices of so many companies and wiped off shareholder value on many of them, including Super Micro. If Bloomberg's story was false, they shouldn't just walk away like that because "it's the free press". reply. freeflight 1 day ago. Nothing, just like nothing will happen to ... Figure 2 shows the fraction of Bitcoin’s supply which has moved in the trailing year, six months, or month, evidencing that only a fraction of supply is actually active in the Bitcoin economy. In some sense, indexing Bitcoin’s supply to the set of all units ever issued is arbitrary. Its monetary properties are an emergent phenomenon linked to the usage of the asset in commerce and market ... Browse top posts starting with the letter ‘W’ - Page 142. Reddit has hundreds of thousands of interest-based communities. of many major exchanges like the New York Stock Exchange, announced that they would be launching Bakkt. Bakkt, a crypto startup, was supported by Starbucks, Microsoft, and other corporate investors in the US, and set out to create an opportunity for institutional investors to be more attracted to Bitcoin. $7,275 = JULY 26, 2018: WINKLEVOSS TWINS SECOND GEMINI BITCOIN ETF PROPOSAL REJECTED BY ...